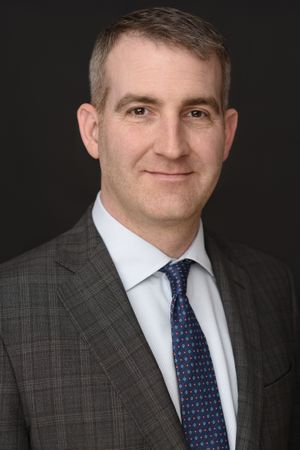 Joshua M. Slocum is experienced in high‐stakes commercial litigation in both federal and state courts, as well as before arbitral tribunals seated around the world. He has arbitrated cases under several major arbitral institutions and rules, including the ICC, AAA, ICDR, JAMS, and UNICITRAL. He has represented plaintiffs and defendants in commercial contract disputes, M&A litigation, and class actions and individual lawsuits under the state and federal securities laws. His clients have included leading multinational companies, asset managers, and individuals from a broad range of industries, particularly the financial services industry, as well as the food and drug, energy, aviation, real estate, and industrial sectors. He joined WMD in March 2020 after more than a decade at a major international law firm.

· Represented former hedge fund principals who were claimants in a AAA arbitration in New York under a partnership agreement. After the final merits hearing, the tribunal ruled in favor of the claimants on all claims and awarded the full measure of damages that were sought.

· Represented a French multi‐national food conglomerate in an ad hoc UNCITRAL arbitration in Singapore against its former supplier, resulting in a recovery of over €100 million.

· Represented an innovative Japanese pharmaceutical company in an ICC international arbitration in Singapore over its acquisition of an Indian generic pharmaceutical manufacturer, obtaining an award against the sellers of over $500 million.

· Represented a mutual fund company as defendant in a securities class action in the Southern District of New York. Mr. Slocum’s deposition of the plaintiff’s damages expert led to a motion for summary judgment, and the case settled on favorable terms after the summary judgment argument.

· Represented a major Colombian airline as a defendant in a shareholder dispute in New York Supreme Court, Commercial Division. While its motion to dismiss was pending, the case was dismissed voluntarily after an application for a TRO and a motion for expedited discovery were defeated.

· Represented a New York private equity firm resisting attempts to enforce a Brazilian ICC arbitration award that had been rendered against it, before the Southern District of New York. The case went up to the Second Circuit twice, which ultimately denied enforcement of the arbitral award, finding that the arbitrators had lacked jurisdiction over the private equity firm.

Mr. Slocum clerked for the Honorable Faith S. Hochberg in the United States District Court for the District of New Jersey.